Erica Graham began her professional career in her home state of Ohio as a Funeral Director and Embalmer.  Erica graduated from the University of Findlay with an Associate of Arts degree in English Equestrian Science in 2002.  During her time at the University of Findlay, she worked part-time at her Uncle’s funeral home in her hometown of Tiffin, Ohio where she fell in love with funeral service.  She then attended the Cincinnati College of Mortuary Science in Cincinnati, Ohio where she graduated with a Bachelor’s of Mortuary Science in 2004.  She completed her apprenticeship at Love Funeral Home in Ottawa, Ohio in 2005.

Erica has worked in many different roles in funeral service, including the traditional funeral director role, preneed, pet funeral services as well as public relations and marketing for the Cremation Society of Toledo as well as managing and building that business before making the move to Georgia. Shortly after moving to Georgia, Erica unexpectedly lost her 56 year-old Mother and gave birth to her daughter Madelynn the following summer when she then stepped out of the workforce to raise Maddie.

With a love of end-of-life care, public relations and marketing she couldn’t pass up a position as the Public Relations and Marketing Coordinator for Serenity Hospice in Peachtree City, Georgia.  In late summer of 2018, she was offered her current position as Manager of Tennessee Cremation Care in Clarksville, Tennessee. Erica is also currently an active member in and an Associate Trainer for Cremation Consulting and Veterans Funeral Care Consulting Networks.  She has been a guest speaker for the Bowling Green State University Women in Science Day Program, the University of Findlay’s Death and Dying Class as well as for the Georgia Hospice and Palliative Care Organization’s monthly meeting at the Atlanta VA Medical Center for the We Honor Veterans program.  She was also featured on National Geographic’s Taboo series in an episode on death care practices.

Erica currently resides in Clarksville, Tennessee with her daughter Maddie.  She has ridden horses all her life and enjoys teaching her daughter how to ride. Erica also enjoys hiking, kayaking, running, traveling, spending time with family and friends and cheering on the Ohio State Buckeyes.  She is passionate about end-of-life care and enjoys helping to inspire people about the beauty of life in all its different seasons. 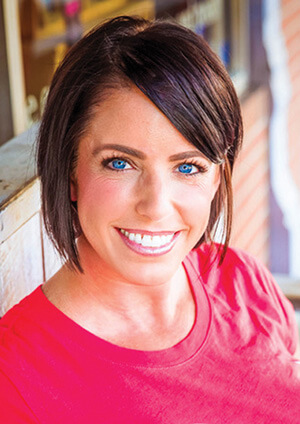 Who We Are
Meet the Funeral Director